2019-2020 National President Chris Hockert has ‘Reached for the Stars’ during National President Brenda Morrison’s 2020-2021 presidency and has definitely made a difference for Kappa Kappa Iota.  Several projects that Chris has been involved with include; Kappa’s Five Year Strategic Plan, Kappa’s Grant Writing Committee, and the National Emergency Catastrophic Plan Protocol. Chris is also a whiz at looking over the monthly financials! 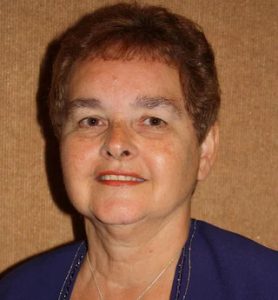 Diane and Helen have been very busy sewing – masks!  They both share patterns with each other; adult size and child size. Both ladies have made and given away over 8,000 masks to EMTs, Law Enforcement, Elderly, Kappa Friends, and many others. 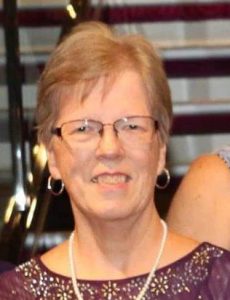 Apr
Mary Lou Hughes, Alpha/Beta Pi Chapters, Eta State/LA Mary Lou is always ready to work for Kappa and she has a sweet positive attitude.  She never turns down an opportunity to step in and lend a hand, and she always performs any task she’s given thoroughly and professionally. 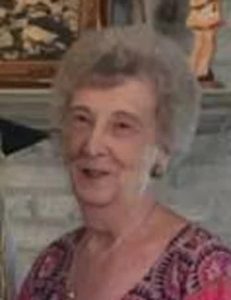 May
Melinda Sams, Tau Chapter, Lambda State/GA Melinda is always ready to lend a listening ear and is supportive of the NEC Board. She is conscientious about parliamentary procedure and always performs any duties she has in a positive and professional manner. 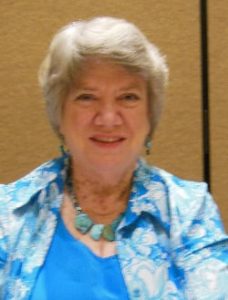 Kat volunteers to help the Executive Director with basic and special tasks (such as preparation for Convention).  She works hard, and Kat is always ready to lend a hand if needed. 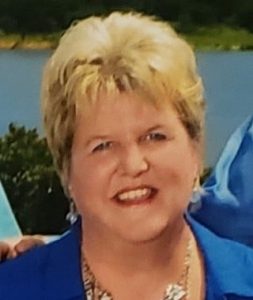 We are extremely fortunate to have had an employee of Marilyn Bridges’ caliber to work at Kappa Kappa Iota National Headquarters.  She was the Executive Director for ten years until 7/31/2021, when she retired and moved to Florida with her husband to be near her daughter and granddaughter. Her strengths lay in her positive communications with others and her willingness to assist with any task she was asked to undertake, often multitasking amongst many interruptions. She was the perfect person to make that “first impression” of Kappa Kappa Iota, as she was usually the first contact made when communicating with Headquarters. 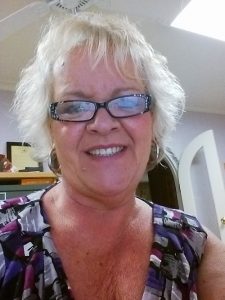 Carolyn McElveen, Iota Chapter, Eta State LA
Carolyn is very active in her church and community, but she is known by her Kappa sisters as the
go-to lady to get things done!  Carolyn is a Sunday School teacher for the Circle of Joy class at First Baptist Church in Franklinton.  She is the photographer for the church’s Vacation Bible School.  Also, she serves on a Sunday night supper team.  Carolyn is chairperson for the Mile Branch Spelling Bee for fifth and sixth grade students at the Washington Parish Fair Association.  She is currently the secretary of the Washington Parish Retired Teachers, and a member of the Louisiana Retired Teachers’ Association.  Also, she is the president of Beta Rho Chapter of Delta Kappa Gamma.  She has served as State President of Kappa Kappa Iota – Eta State Louisiana, a State and National photographer and also is still serving as a substitute teacher in the Washington Parish School System. 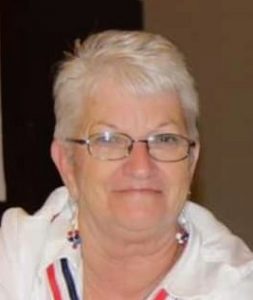 Judy has retired after teaching 37 years in the OKC Public Schools. Judy knows how to coupon, and she uses her knowledge to get extra items to give to those who are without. She belongs to a Facebook group, “Down on Your Luck” where she finds people in need and coordinates donations, or provides the items that people are needing. She has made her garage the place where she organizes and dispenses the donations to others.

Judy and her daughters help the homeless through donations to “SISU–a Homeless TeenShelter” and “the Church Under the Bridge”. She crochets hats and scarves to help keep the homeless warm. Her Epsilon Beta sisters have helped her with projects, too. We filled pill bottles with shampoo and donated other items at a meeting for the “Church Under the Bridge.” We collected socks for “Socks of Love” and books for “Little Read Wagon,” and Judy delivered them to those charities. We donated items for Christmas bags for the SISU group. Judy and her chapter sisters have donated to Passageways, as well, which is a shelter for abused women and children for many years.

Judy always has a giving project going. She has helped many organizations and individuals. Other donations of love have been given by Judy to “Jordan’s Crossing,” “Kaleo Foundation,” “Crisis Nursery,” and “Pine Box Around OKC”. Judy has taken on a retirement job of helping others. So, for all of the things she does,we, her Epsilon Beta sisters, hope you will honor Judy for her many philanthropic deeds. Judith (Judy) truly deserves to be highlighted for Making a Difference in the lives of many people. 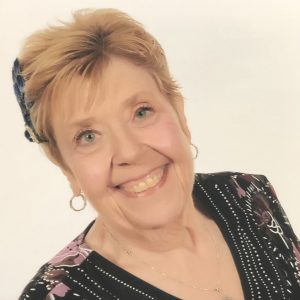 Teri Poreda has had a different kind of teaching career.  She taught within the Tulsa Police Department and other law enforcement settings.  Once she retired, Teri worked for Tulsa Public Schools in the Police Department.

Teri has served as President and Secretary of her Chapter, Zeta Eta.  In addition, she has served as the Tulsa Area Council President. She has also served in all levels of the Alpha State Executive Board, including President.  She has volunteered on many committees in the local, council and state level.  She has also volunteered at the National Headquarters, assisting former National Director Marilyn Bridges in daily tasks, as well as in preparation for special events, such as National Convention.  When she took the job as National Executive Director, she only had a “crash course” in the many duties of her position.  Teri has risen to the occasion and is not only learning “on the job,” but performing her duties well. 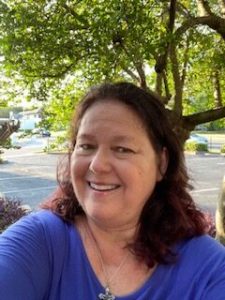 Sue Hagan joined Kappa in 1992.   After an invitation by long-time supporter and mentor Pete Johnston to transfer to her chapter, Sue became very active in her State.  She served on many committees, worked up to State President and later ran for National Recording Secretary.  She was National President during the year 2013-2014.  Lately, Sue has been helping out with replacing and updating the computers at Headquarters in Tulsa.  She is always willing to go to Tulsa to help.

Sue is extremely tech-savvy, working for her district for many years in that capacity.  She is currently her church’s part time secretary, and is involved with Work with Women in Missions.  Sue also sings in the choir.

In her community, she is a volunteer with a local food bank called Feed Berkeley.  Sue also calls bingo for the Bonneau Civic Club.

Sue’s favorite past time is Traveling. In fact, “Go” is her middle name, according to her family!  She is always ready for a trip and a new adventure! 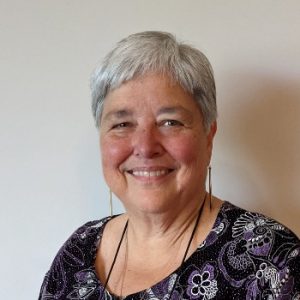 Linda is serving as Chair on the National Building and Grounds Committee. Both Linda and her Kappa Guy, Danny, have worked non-stop on the grounds and it is really paying off! The Kappa Grounds are thriving and look beautiful! This husband and wife team were born with “green thumbs”!

Betty Craig is pictured below with Linda Reutlinger helping to host a State Presidents’ Dinner on the Kappa Grounds. Betty is a Master Gardener and enjoys getting “down and dirty”. She is a young 85…swims and goes to yoga class everyday! 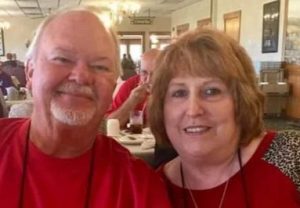 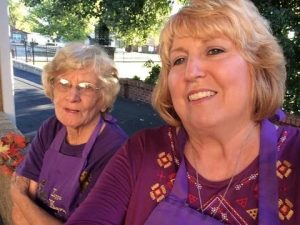 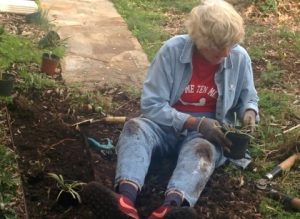 Cathe Kehe is a very creative Kappa and super hard worker!  She is a regular fixture at the Kappa House…always willing to serve in any capacity…as a Butterfly Hostess for a State Presidents’ Dinner at Kappa Headquarters (pictured below), always singing in the Kappa Choir, and serving everywhere needed!  She is currently serving on the Centennial Convention Committee – approaching June 2021! 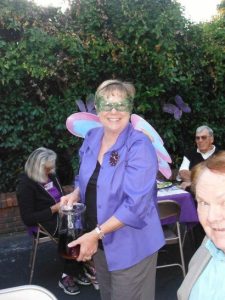 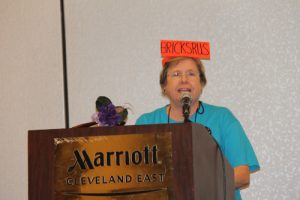 November
Ann Burnette, Alpha Chapter, Upsilon State/NC Ann Burnette is a Past State President of Upsilon State/NC.  Ann is always willing and eager to do the work of Kappa Kappa Iota…whenever and wherever she is called upon.  Ann is a ball of energy and makes things happen!  Ann has the true gift of exhortation and is known for her love and support for the many students she has mentored over the years. She is a gifted writer, and wrote two beautiful prayers for the 2020 Installation for our National President Brenda Morrison, the National Executive Committee and the State Presidents. 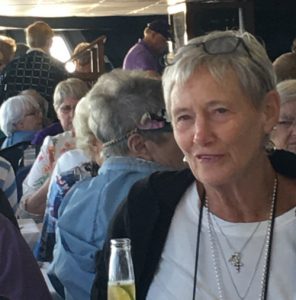 December
Peggy Earl, Rho State, Omicron Chapter. Peggy is an example for all Kappas.  She is the heartbeat and life for her home Chapter Omicron and her State Chapter, Rho! She commits herself totally to Kappa Kappa Iota.  There is no job too large or small for her to handle.  She has been her Chapter Treasurer as well as the  State Treasurer of North Carolina. She makes sure a newsletter is written and distributed.  She also compiles the Roster for her local, as well as her state. Peggy Earl, a true Kappa friend to all. 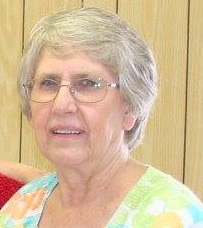